Did you know that parents currently do not have a right to know when a doctor places a DNR order on your child? DNR. As in “Do Not Resuscitate”.  As in, we are going to allow this child to die. Such orders often include a prohibition of providing basic human requirements like food and water, which hastens the death of the patient hospitals are charged with caring for.

And, yes, we’re talking about Idaho – a state in which pro-Life and pro-Family values dominate. Yet those values are sometimes not reflected within our medical institutions, institutions which have been impacted by abortion and the assisted suicide movement.

The Family Policy Alliance, working with Rep. John Vander Woude, is trying to change that horrible situation. They have introduced legislation – HB 519 – which would require that a doctor and/or hospital notify a parent when they place a DNR order into a child’s chart.  The bill would also empower parents to transfer their child to another facility that is better prepared to care for their child.  And, during that two week period – the hospital could not withdraw treatment or food and water. 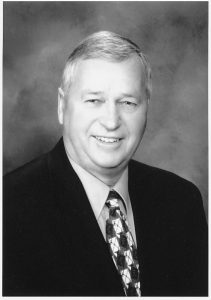 We have battled Idaho hospitals before on this subject. There is a hard belief within some of those circles that medicine is virtually infallible, that they have a right to terminate life when they determine that further treatment is “futile”.

The pro-Life community must rally to help ensure that this legislation obtains a hearing and gets passed this session.

HB 519 has been dubbed “Simon’s Law” in honor of a baby lost to his family in Missouri. The baby suffered from Trisomy 18 and lived for three months.  The baby began having trouble breathing, yet the hospital staff did nothing.  It wasn’t until after he was gone that his parents discovered that a doctor had placed a DNR order into his chart.  The parents also discovered that the staff had only been providing him with drops of sucrose – withholding food and water for an unknown period of time before his death.

Simon’s parents have worked for years now to educate parents about the fact that many states do not protect their right to care for their children in these difficult circumstances.

We would have preferred that Vander Woude’s bill had stronger language – language which would require informed parental consent before a DNR order could be placed upon a dependent child. But HB519 at least requires that parents be told – and gives them a chance to do something to protect the lives of their children.

Please take a moment to contact Chairman Fred Wood and members of the House Health & Welfare Committee, to urge that they quickly pass HB 519.

Posted in Uncategorized | Comments Off on Help Defend Parental Rights